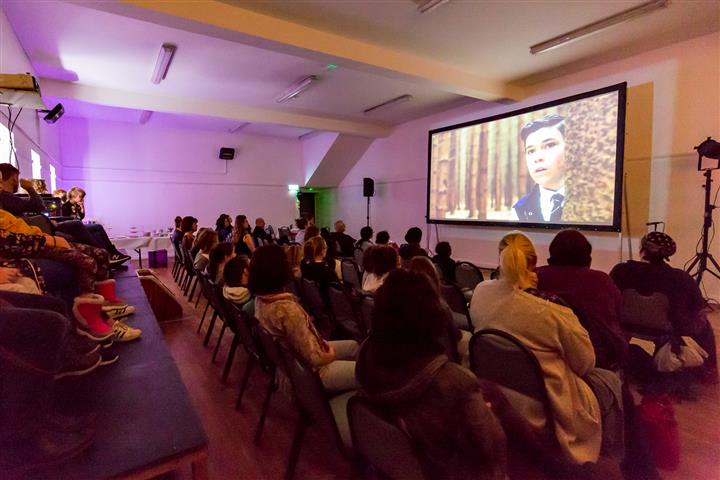 This September sees the much-anticipated return of the 6th Wexford Documentary Film Festival, a jam-packed 3-day festival of international, national, and local films. The festival will once again be located in the intimate setting of the Stella Maris Centre in Kilmore Quay. This year’s programme will include discussions, workshops, and screenings of several Irish premiers of award winning films including, shorts, student, and feature length documentaries. All screenings throughout the weekend are free of charge, but booking is recommended to avoid disappointment.

The opening night film, Another News Story, presents an alternative view of the European refugee crises, turning the lens on the journalists reporting on the refugees and reflecting on how global crises are being reported. Another News Story starts at 7.30 pm and will be followed by a post screening talk with the director Orban Wallace, Artist and Activist Vukasin Nedjikovic, and author, journalist and senior lecturer in the School of Media at DIT Dr Harry Browne. The festival provides a platform for filmmakers and invited panellists to speak throughout the festival, which promise to be both revealing and stimulating accompaniment to the films and audience participation is encouraged during these events. This is also a unique opportunity to meet industry professionals in an informal festival setting.

The festival has established strong links in the community with both its people and place, including local filmmakers, artists, volunteers, businesses, and schools and many films feature the people and landscape of Co. Wexford. This year’s programme will feature the work of several Wexford filmmakers which include Philip Cullen, Dominic Palmer, Declan Cody, and Students from Gorey School of Art. Shane Campbell’s film A Light in the Darkness will be screened on Saturday, which highlights the amazing work of the volunteers from the Wexford Marine Watch, who provide Suicide Prevention Patrols along Wexford Quays, Estuary & Harbour. Excitingly this year, in partnership with the Wexford County Council’s Creative Communities programme and the Stella Maris Centre, the festival engaged in a weeklong filmmaking workshop with filmmaker Terence White, allowing local residents to try their hands at filmmaking. The resulting film Healing Shores will be premiered on Sunday at 6pm. Els Dietvorst, a Belgian filmmaker who lives and works in Duncormick, who has developed a long relationship with many of the locals in Kilmore Quay, will be screening her film I watched the White Dogs of the Dawn, which is described as an honest portrait of the fishing community in Kilmore Quay. This film will be followed by a post screening talk with Els Dietvorst and Terence White.

The festival offers an array of films to suit all tastes and interests, including some exciting films for younger audiences. The Saturday morning film Swallows and Amazon will be sure to please both audiences young and old. This film will be preceded by a series of short films from young animators from the Gorey MediasKool, which are sure to impress us with their burgeoning talents. A must see for those that are slightly older is an inspiring documentary about a revolutionary Berlin High School where the students decide what and how to learn in Berlin Rebel High School. A new development this year are the Outreach Films showing in the run up to the festival. St. Michael’s Theatre in New Ross will host a free screening of They Call us Warriors, a film about the Venezuelan Women’s World Cup soccer team and their fabulous exploits, on Wednesday 19th of September at 8 pm and the Art Studio at the Yola Hedge School in Tagoat will be screening a selection of family friendly films on Saturday the 15th of September from 10.30am.

As in previous years the Wexford Documentary Film Festival has a strong focus on films that highlight social, political, and environmental issues. This year’s film selection continues that focus on global, local, and national concerns through the art of documentary film. The festival is continuing to grow in strength and popularity amongst audiences and filmmakers alike, with the festival receiving almost 3000 submissions from filmmakers looking to participate this year from over 40 different countries. The resulting festival programme offers a selection of these powerful and inspiring documentaries from around the world.

All films and workshops are run free of charge can be booked though the festival website www.wexforddocumentaryfilmfestival.com. The festival team look forward to welcoming you to the 6th Wexford Documentary Film Festival from the 21st-23rd of September.