Held in July each year, the Seafood Festival is a fun-filled four days for all the family that is also the main annual fundraiser for the community.  The Community Development Association uses the proceeds from our Seafood Festival to help fund the many developments afoot within our community. The success of our Festival has enabled us to provide the wonderful facilities and amenities that you now enjoy at the Stella Maris Centre and around the village. The achievements to date have been underpinned by the many volunteers who are generous with their time and efforts, by the fishing industry, the residents and by local groups from the area. For more information, please see www.kilmorequayseafoodfestival.com

This dynamic film festival provides the opportunity to see award winning national and international documentary films. The festival has a strong emphasis to screen films that explore social, political and environmental concerns whilst also including a number of artists films and a 3 minute film challenge submission.

In previous years the Festival has screened films as diverse as the documentary exploring the plight of the Western Saharawarian People and that of the homegrown struggles of people resisting the gas pipe in Corrib depicted in the movie The Pipe. The festival’s aim each year is to show the best documentary films both national and international. In tune with the festival’s strong focus on films that explore social, political and environmental issues the Festival also hosts a number of lively post screening discussions with filmmakers, invited guest speakers and representatives from local organisations. 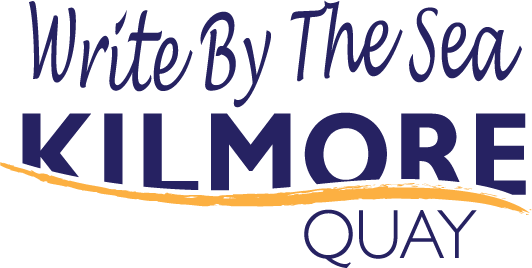 Write By The Sea

Write By The Sea is a festival of writing and reading that began in 2016. Now an annual event, the Festival  focuses on delivering a stimulating and entertaining programme of workshops, readings, conversation, and interviews. The festival includes a special writing competition based on the festival’s theme. Fringe events include the Festival Club on Saturyda night,  yoga, meditation walks along the sea shore, and a-room-to-write facility. Kilmore Quay is already recognised as an inspirational location for creative people across all Arts genres, and Write By The Sea is intended to reinforce and develop that. The festival will appeal to beginners, young and old, as well as experienced writers. Keen readers will also have the opportunity to meet and listen to authors talk about their work. For more information please see: www.writebythesea.ie