MERRIMAN AND STUART BACK FOR KILMORE QUAY GIG 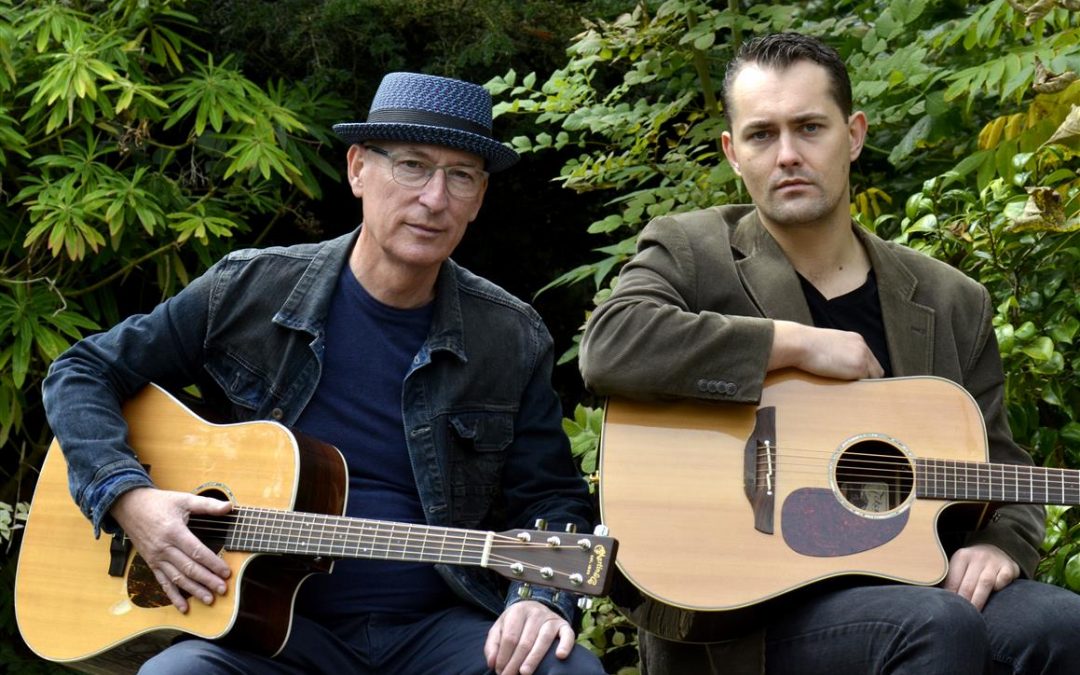 Liam Merriman and Bill Stuart will be back in the Stella Maris Centre in Kilmore Quay on Friday, February 22, following their recent well-received performance at the launch in the same venue of the book Sea Fever-Inside Kilmore Quay’s Fishing Community. Their set will include an entertaining mix of Irish and international folk songs, pop hits, country classics and some of Merriman’s own inventive compositions.

Wexford-born Merriman was most recently heard on the John Creedon Show on RTE radio. He’s been a stalwart of the Irish music scene for many years, has close links with Kilmore Quay where he spent many childhood holidays, and several of the songs in his repertoire have links with the sea. In fact the water theme is strongly present in his latest album Acoustic Rivers for which he has recorded a 10-minute documentary available now on YouTube. The album was recorded in Nashville where Liam enjoys a sterling reputation among the local music community.

Bill Stuart has impeccable credentials as an accomplished and versatile guitarist who’s as much at home in the folk-country environment of a Merriman-Stuart concert as he is with the heavy rock music of his band Meniscus.

As Merriman himself explains, “Having Bill on board has opened up new musical horizons for me. He made invaluable contributions to my Acoustic Rivers album and his playing was a major hit with the audience at the recent Sea Fever book launch. So we’re both looking forward to our gig at the Stella Maris Centre, not least because it’s a fine venue with superb acoustics, and it always attracts a good-humoured audience of genuine music fans.”

John Nunn, manager of the SMC said, “Liam and Bill are exactly the kind of act we like attracting to Kilmore Quay. They’re both major talents and have a professionalism and a relaxed approach that appeals to our audiences. I’m really looking forward to having them back.”